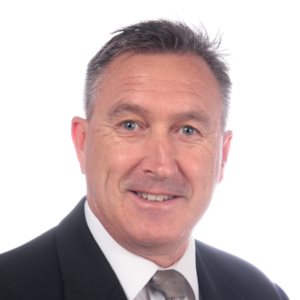 We have now purchased our family home and also sold an investment property with Roger and on both occasions have been ex...

We have now purchased our family home and also sold an investment property with Roger and on both occasions have been extremely satisfied with the service he provided. Roger kept us well informed throughout both processes of buying and selling. When buying at auction he talked use through the process and was there for us every step of the way. We will be using Roger again in the future with any real estate needs we have. I would highly recommend Roger to family and friends, or anyone wanting the services of a professional and trustworthy real estate agent.

This is the third occasion that Roger has acted for us in buying or selling a property. He went to extreme lengths to find a suitable property for us to buy which met our specific requirements. His advice has always been most helpful in marketing or purchasing our properties. Communication is one of his strengths. We are pleased to recommend Roger to any future prospective vendor.

Roger has acted for me in over a dozen real estate sales for me in the past four years. You could not ask for anyone better than Roger to sell your property. The service he provides is exceptional. He is a consummate professional and is willing and able to simply run with the process circumventing any problems that may arise. He regularly goes above and beyond normal duties to insure that the process runs smoothly. I would not hesitate to recommend him to anyone.

Roger was reliable, punctual, enthusiastic and realistic. He made it a very enjoy experience selling my property. He was always available to talk and feedback relevant information. He is extremely easy to communicate with and is available to help you in any way.