After more than 95 years selling real estate, Barfoot & Thompson is still a proudly family-owned and managed business. Our current Directors – Peter Thompson, Kiri Barfoot and Stephen Barfoot – are the grandsons and the granddaughter of the original owners. In addition to the Directors, there is an experienced cohesive senior leadership team who contribute daily to the company’s ongoing successes. Barfoot & Thompson is much more than a business to Peter; it's quite literally part of his family. He started out in 1981 in the rental division at the Otahuhu branch and continued to move through a number of positions in the firm including sales, administration and management. He was made a Director in 1997, and ultimately became Managing Director in 2005.

Peter is the grandson of Maurice Thompson — the original Thompson in the Barfoot & Thompson team which started out in the early 1920s. 95 years on, those family links are still important to the company; his daughter Paula joined Peter in the firm as the first of the fourth generation, followed by her cousin Matthew.

Peter takes care to balance all aspects of his life — time with his wife Fiona and daughters Paula and Lisa, his commitment to the family firm, and his passion for sport. An intensely loyal person, he leads a very supportive culture within Barfoot & Thompson while continuing to achieve impressive growth.

Giving back to the community is a major focus for Peter, who has a special interest in Starship Foundation, believing that New Zealand’s children are its next leaders and that it’s important to improve health standards across the country. He is also seen as a leading spokesperson for the real estate industry, with a passion to improve the image of real estate agents.

Peter has held several directorships over the years, including being on the Board of Auckland Rugby, and still is a current Board Member of realestate.co.nz, an industry web portal company. He was awarded Life Membership of the Real Estate Institute of New Zealand in 2011, and was made a Life Member of Auckland Rugby in December 2017. 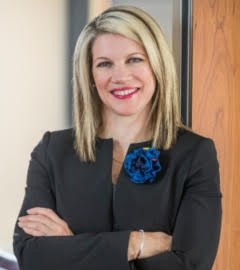 Kiri Barfoot started her professional journey in 1991 in the accounts department, learning the family business from the ground up while studying for her commerce degree. Real estate is truly in her blood as she represents the third generation of the Barfoot family within the company. After travelling and gaining international work experience in places like the UK and Israel, Kiri returned to Auckland and has never looked back. She made the purposeful decision to hold numerous positions within the company to gain a comprehensive knowledge of all areas of the business.

Before she became a salesperson at the Glenfield branch, Kiri worked in the telecommunications industry in New Zealand wanting to obtain business expertise outside of the realm of real estate. She later became the Branch Manager at the Waiuku office, before moving on to manage Otahuhu. Never daunted by a challenge, during the early days of taking the reins in Otahuhu, she decided to start a family and is the proud mother of two. She later went onto the Highland Park offices, then stepping up as a regional manager. Kiri is a fellow of the Real Estate Institute of New Zealand (REINZ), a property investor and a member of the Institute of Directors.

Kiri is eager to cultivate projects that promote environmental protection and sustainability. As Kiri looks to the future, she is committed to the development of greater diversity within the company’s leadership. An avid participant of sport, Kiri wants to support community enhancements that encourage health, fitness and green transportation.

As a Director, Kiri plays an important and strategic role in property management and is a savvy enthusiast of the tech industry always looking for new tools to drive the business forward. She considers technology one of the cornerstones of Barfoot & Thompson’s future success. A born and raised Aucklander, Stephen Barfoot is the grandson of the Barfoot & Thompson founder, Val Barfoot. Stephen’s father, Chris Barfoot, was a Director and Branch Manager and worked in the company for 40 years.

Prior to joining the family business, Stephen had a career in technology, and was New Zealand IT Manager for a US-based multinational corporation. Stephen started at Barfoot & Thompson in 2002 as a salesperson. After his experience in sales, he moved into the Barfoot & Thompson IT team, where he was most recently the Chief Technology Officer. In his role as CTO, Stephen oversaw the creation of the Barfoot & Thompson mobile app which has become an invaluable digital asset to the company’s 1,800 salespeople.

At the beginning of 2017, Stephen returned to the front line of the business and has spent 18 months as the Branch Manager of the Beach Haven office, followed by 12 months as a Relieving Branch Manager. In October 2019, Stephen was named a Director of the company. As part of his leadership role, he will work to ensure that the best and most cutting-edge innovations related to real estate are considered for integration into the company.

In his spare time, Stephen is a member of the volunteer rescue vessel crew for Auckland Coastguard. When not at work or at Coastguard, he’s a keen sailor. Earlier this year, Stephen and his wife Terri completed a sailing circumnavigation of the North Island. 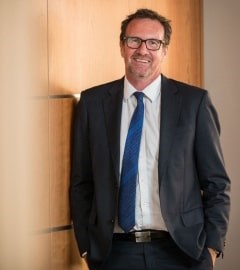 Chris Dobbie has worked for Barfoot & Thompson since 1994. Initially starting as an assistant accountant, Chris then held the position of Chief Financial Officer for 17 years.
As the company has evolved into what it is today, Chris and the company have experienced massive changes in size, technology and market share.

For Chris, it was a natural progression to move into the Chief Executive Officer role, and to work closely with the Directors on Barfoot & Thompson's continued quest for providing an outstanding service to our clients and customers.

Communication with the internal managers, branch managers and external suppliers has provided a solid platform for Chris' sound decision making skills. His background and knowledge of the branch operating procedures and depth of experience in the industry is a perfect fit for this role, and he is committed to following the Barfoot & Thompson family values. 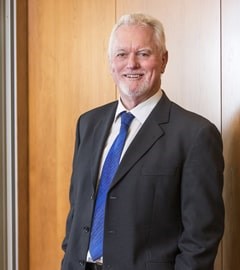 Rod started with Barfoot & Thompson in 1994 as the startup manager for our southernmost office in Pukekohe which grew under his leadership to become our number one office. He is described as knowing real estate front to back, having a thoughtful managerial style and a good sense of humour.

Rural/lifestyle real estate is a specialist field which Rod has a passion for having started in the real estate industry in 1979 as a farm sales person. After finishing as manager in Pukekohe in 2015 he became our Rural/Lifestyle Business Development Manager. Rod now oversees half of Barfoot & Thompson's branches as Regional Manager working collaboratively with his counterpart Clinton Hardy with the goal of making the Company the undisputed firm of choice.

When he is not working or on his farm with wife Kelly, he loves to travel with her to places that blend their love of food and wine with the opportunity to see other parts of the world. A fan of sport, he is a proud board member of the Counties Manukau Rugby Football Union. I have been working in real estate for over 30 years. Most of those years have been with Barfoot & Thompson. In the year 2000, I was appointed the role of branch manager of Manurewa region, and I was thrilled to take up the challenge of leading a team of 32 high achieving crew who excellence in marketing residential property. This growth extended to developing and managing a Property Management team that grew to become one of the company’s most successful operations.

At the end of 2017, I took on the role of new manager mentor within Barfoot & Thompson, a role I absolutely loved it! It gave me the opportunity to meet some fantastic people who are now some of leaders within the industry.

In 2020, I took up the role of Regional Manager. I have regular contact with Barfoot & Thompson staff and I work alongside the leadership group. My mission is to position Barfoot & Thompson as the preeminent real estate company in the Auckland and Northland regions with the ultimate goal of achieving the very best results. Vaughan has been working in real estate since 2003. Over the years he has filled a number of management and operational roles spanning all areas of real estate Vaughan’s diverse experience has given him a comprehensive knowledge of all aspects of real estate. Before joining Barfoot & Thompson in 2013, Vaughan was General Manager of the NZ Realtors Network, and prior to that was the General Manager of Summit Real Estate in Nelson.

As a regional manager at Barfoot & Thompson, Vaughan worked with over 35 Branch Managers assisting them to improve, grow and help their teams thrive. This covered many aspects of development including sales, property management, recruitment and retention of team members, customer service, market share growth, marketing, community involvement and the well-being of their teams.

Vaughan is now in the role of Operations Manager, a newly created position for Barfoot & Thompson. Vaughan will play a critical role in continuing the company’s strategic vision by enhancing operational procedures, improving information distribution, strengthening data analysis and working to help promote the company culture that encourages high performance and relationships amongst the Barfoot & Thompson team.

See key information about us and our business divisions.

We're committed to supporting the communities we live and work in.

Our values shape who we are and define how we operate.

Our awards
Our partners
Careers - work with us Supporting our community
Our commitment to Starship Foundation