As Custom Fleet neared the end of its 10-year lease its managers found themselves asking: “Should we stay or should we go?”

Located beside the Ports of Auckland, the office was close to public transport and easy for staff, customers, and suppliers to get to. However, if they were to stay they would need to address a couple of issues.

Custom Fleet initially moved into the building with five other businesses under the same umbrella company. After the businesses parted ways, Custom Fleet took over the lease, leaving them with more space than they could possibly use.

They had also been left with a very outdated interior. When they first moved in, each business had brought their previous office’s furniture with them. That was 11 years ago – and not a thing had been changed since.

Deciding their position was too good to give up, they renewed their lease, only this time for just three-quarters of the premises. To reconfigure the office, Custom Fleet called Patton Design.

The brief: a full refurb

Michelle Herlihy, Country Manager of Custom Fleet New Zealand, worked with Daniel Price from Patton Design to reimagine the space. The new offices had to be something the staff could be proud of – a modern space with a ‘wow factor’ that would see them through the next 10 years.

“We wanted to make use of the office’s large windows and create interesting spaces with the benefit of natural light,” Michelle explains. The office also needed to be functional for a variety of different staff requirements, as well as cater for client and supplier meetings.

The staff moved out and the place was gutted. Partitions were knocked down, carpet was ripped up – even the plumbing was attacked to move the kitchen to a spot that ran adjacent to the balcony.

After the refurb, the space emerged transformed. Glass sliding doors now open from the kitchen to an outdoor area, perfect for summer staff soirees. As well as the abundance of light, nature has been made a focus – the new kitchen is light and minimal, with beech wood detailing. To create an open flow throughout the office, the boardroom has also been fitted with sliding doors.

For the office’s colour scheme, Michelle chose oceanic soft blues and greens to soften the more industrial elements such as the polished concrete floors. Accents of the company colours – red black and white – bring the brand back into the interior. New contemporary roof tiles, lights, carpet, and fittings also contribute to make the space sleek enough to be modern yet simple enough to stand the test of time.

When it came to replacing the dated office furniture, Michelle and Daniel looked to SmartSpace.“The quality of the products in the smartspace office showroom was of a really high standard,” Michelle says. “I could already imagine what they would look like in our new space.”According to Sheila Ye, Sales Manager of SmartSpace, Michelle knew exactly what she was after. “Michelle was very involved,” she says. “She knew what colours she wanted and what she didn’t like. We had all the options available and every piece was customisable.”

To accommodate the new space, Custom Fleet chose fixed desks as most suitable for its staff needs. Other SmartSpace pieces have been incorporated that enable staff to collaborate and, as Michelle explains, “keep customers and suppliers from being locked in meeting rooms”. Breakout spaces with soft seating and audio-absorbing Apus Media Booths have been upholstered to match the chosen colour scheme.

Practical tech solutions, such as the monitor arms – each built to fit different monitor sizes and types – were selected with help from Custom Fleet’s IT team. Accessories and minimalistic storage solutions were installed to prevent clutter, keeping everything sleek and clean. Each piece has been well-considered – in Sheila’s words, “just the basics, done right”. Patton Design and SmartSpace collaborated harmoniously, creating Michelle’s vision perfectly. As Michelle says, “nothing seemed to be a problem”. Even moving the enormous six-metre table into the boardroom seemed easy - with the help of a cherry picker and the convenient timing of a few window replacements.

When the day came for staff to move back in, Michelle and the management team made sure they were first in the office. “We had decided not to share too much detail with the staff about the new space before they saw it,” she says. “We got in at 6.30am to catch everyone’s reactions – they were overwhelmingly positive.”Everything – aside from the staff (but including the mugs) – is new. Michelle says that due to the staff’s new sense of pride: “The first few months saw more clients and suppliers through the building than we’d had in three years. Everyone was proud to show them around!”

The collaboration spaces are a major hit, constantly utilised by teams and clients alike. In what Michelle describes as a slightly unintended consequence, the kitchen has also become a significant space. “Everyone now sits in the kitchen for lunch, taking time to collaborate,” she says. “Even in the first week we saw this would change our entire workplace culture for the better. We always had a good work community, but we didn’t have a space for that to play out. Now we have the kitchen.”

Between Michelle, Daniel, Sheila, and their hardworking teams, the new Custom Fleet workspace is an absolute success. “Right from the start I was on the same wavelength with Patton Design on the looks I wanted,” says Michelle. “And Sheila was able to pick up on that right away.” The effect of the refurb on the staff has been immense. “Before, there was empty space everywhere and it was affecting the continuity between the teams,” says Michelle. “Ironically, everyone thinks the space feels bigger with what we’ve done.”

The decision to stay has saved Custom Fleet the cost of moving, and prevented major disruption to staff. The fitout has not only pulled them out of the ‘90s but also prepared them for the future.

To find out more about SmartSpace, visit their website

With space now better utilised, it feels bigger, with more continuity between the teams 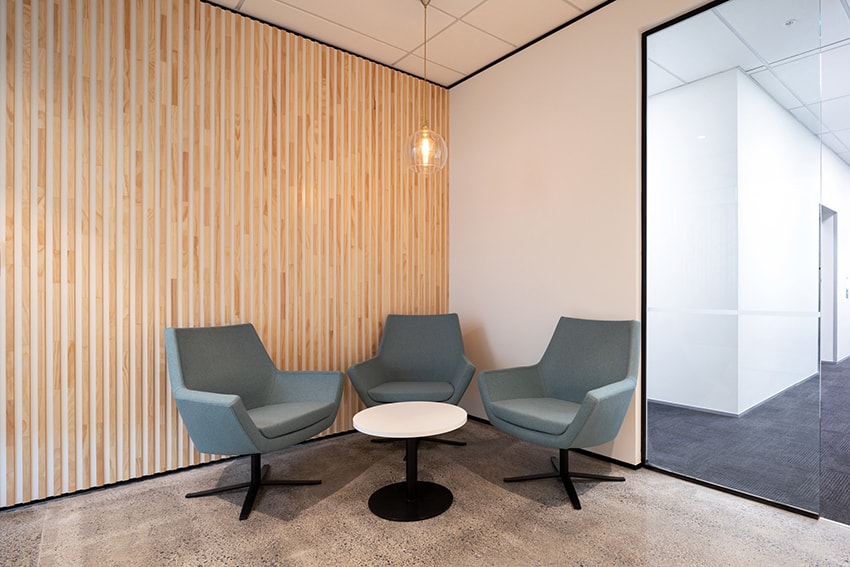 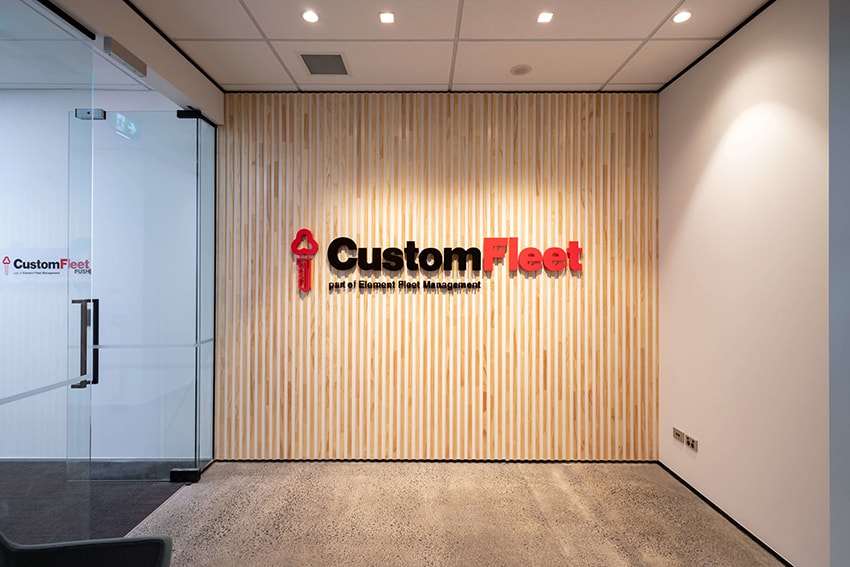