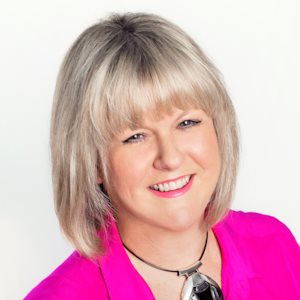 "We met Sherryl at an open home in Arch Hill Auckland, and we were impressed with her knowledge of the market place and ...

"We met Sherryl at an open home in Arch Hill Auckland, and we were impressed with her knowledge of the market place and her friendliness. It became obvious that we would choose Sherryl to market our two properties. Sherryl has turned something we were not looking forward to into a very enjoyable experience. And we thank Sherryl for acting on our behalf."

"This is the second time Sheryl has sold our home and once again did not disappoint. Sheryl's continuous recommendations and guidance from the start to finish achieved the result we wanted - we could not be happier. And to top it off, Sheryl is an absolute pleasure to work and communicate with. We will always highly recommend Sheryl. She is a star. "

If you are thinking about selling your house then you can do no better than Jack and Sherryl. We first contacted them to inquire about a current market appraisal. They did some sounds research and presented back to us what we considered to be an honest and fair market appraisal. When it came time to sell our house it was an easy decision to contract them to be our agents. What was especially refreshing is that throughout the process it was clear that they had our best interests at heart. They put together a sound marketing plan, kept us informed at each step of the process and worked with each potential buyer so that they too felt supported and informed. The result was a great pre-auction offer and a great auction result. We were delighted in the outcome and so too was our buyer.

I found Sherryl went the extra mile, even to looking after my dog when I had to leave her in the house. She was very easy to communicate with and kept me informed as to what was happening. She was punctual, considerate, and listened (most important) to my views and needs. Overall I found her a delight to work with and would not hesitate to recommend her."

"We've just sold our home in Remuera with Jack and Sherryl and are completely happy with the outcome. I was immediately impressed by Jacks no-nonsense, straight talking and down to earth style. He introduced us to Sherryl, who was equally down to earth and measured.

They were prompt and cut to the chase on our property's realistic value and what we needed to do to sell our property at a price we're happy with. Jack and Sherryl immediately took the reins, and made the process enjoyable and fun. They gave us frank advice on the need for home staging furniture and putting in place additional plants to lift the look of our garden.

Jack and Sherryl were in contact almost daily and always happy to take our calls. By the second weekend, we had 4 registered buyers. This is where Jack and Sherryl's judgement and strategy really paid off. Jack and Sherryl helped shepherd the buyer through their finance by introducing them to a finance broker who they'd worked with and arranged a building inspection on the Sunday before the auction. Once the inspection came through without any concerns, Jack and Sherryl recommended the buyer make a pre-auction offer that afternoon which they did.

"I recently purchased a house unconditionally and needed to sell mine within three and a half weeks. Sherryl Jones was recommended to me and I entrusted her to sell my house. I was very impressed by the thought and energy she put into an effective marketing strategy which resulted in a very successful auction on my house yesterday. Sherryl kept me well informed everyday on all developments and which buyers were interested as we approached the auction day. I feel she achieved a premium price for my house at the auction by having eight registered buyers there participating. She did not stop encouraging the buyers to bid down to the last $1000, resulting in a sale figure beyond what I thought could be reached - I am thrilled with the result she got. I would highly recommend Sherryl Jones to anyone wanting to sell their home."

"We recently had the task of selling our mother's home soon after her death.

It was a sad and sensitive time for us but from our first meeting with Sherryl and Jack we felt comfortable and at ease with their professional, positive manner and understanding attitude. They handled all aspects of the process with ease, were always on hand to answer any queries and kept us fully informed at all times. Throughout the sales campaign we always felt we had made the right choice in our sales team. They are a pair who compliment each other very well. Nothing is to much trouble.

I would have no hesitation what so ever in recommending Sherryl and Jack to an vendor looking to get the very best result for their property and a trouble free process."

"On very rare occasions in my experience that you have the privilege of meeting people who really know how to talk the talk and walk the walk and recently we had the privilege of working with such a person. I'll let the facts speak for themselves, my wife and I met Sherryl when we had finally 'sort of' made a decision that we wanted to sell our apartment in Epsom.
We could give you all the candy floss stuff about the great way Sherryl helped show us there was a painless process, then helped us decide on the type of advertising campaign we should run, was sensitive to the fact we didn't want to spend a fortune on advertising and helped us with many other things but above all she amazingly had the ability to always smile and be positive.

Bottom line for very little outgoings and under the direction of Sherryl the property was made to look absolutely amazing, a campaign was run and in just TWO weekends five offers were received and one was accepted (it was too good to refuse).

We can't guarantee that you will experience this fantastic result but we can guarantee that Sherryl will do everything possible to achieve this outcome for you.

We don't normally give references and personally I have always wondered about the authenticity of written references, but just to show how thrilled we were with Sherryl if you have any questions regarding our experience please feel free to contact me direct on my mobile (021) 338 889.
Professional and Experienced service that is what we can guarantee you will get."

"Having been our real estate agents for the purchase of a new house in Walker Rd. and the sale of our property in St Michaels Ave, Point Chevalier, we have found them to be a most professional team who are willing to go the extra mile on any issue presented to them. Nothing seemed too big a problem for either of them, Sherryl having a calming influence and Jack shooting straight and calling a spade a spade.
We found the sale of our place went smoothly and largely without any hitches. We received comprehensive reporting on our open homes and were kept up to date on the most interested parties.
They managed to keep us from panicking and took charge of the presentation of offers in an orderly fashion giving us confidence and reassurance.
We would have no hesitation in recommending this team to all home sellers and buyers."