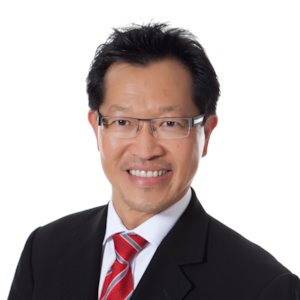 I have tried to identify the winning ingredient/s that I feel would best describe Eric Koh's winning style as an 'agent ...

I have tried to identify the winning ingredient/s that I feel would best describe Eric Koh's winning style as an 'agent extraordinaire'. Three words spring to my mind: professionalism, commitment and connection.

Selling my house was a watershed decision for me. The property was a sacred shrine to the memory of a beloved one (who had created it). It was never going to be sold, but circumstances forced my hand. I knew that to survive the marketing/selling ordeal it would need a very special person. I did the research. I knew I had found the 'right' person when I saw Agent-Eric-in-Action. My instinct was validated throughout the entire marketing campaign. Both I, and I imagine potential buyers, want more than a good salesperson. We want a good human being. Someone who empowers us, makes the exercise fun, yet inspires confidence, demonstrates sensitivity to our expectations, and develops a rapport between the parties. On every occasion, it was always an uplifting experience to deal with Eric. That is 'connection'.

Eric's inexhaustible energy and focussed commitment is legend in my neighbourhood.

As I declined to have 'Open Home' viewings, the demands on Eric's time would have been overwhelming. Feedback from adjoining and surrounding property owners (I was not 'in residence' during the sale period) was that the property resembled Central Station with the comings/goings of viewers. Eric was literally run-off-his-feet taking interested parties through my property 24/7. Like Sonny Bill, his eyes never left the ball. Or, my preferred analogy: he was the champion dog at the NZ sheepdog trials (but rounding up the buyers!).

I won't resort to the usual cliches, Eric deserves better. After all, we all understand and recognise professionalism. It's only when we don't receive it, it requires mentioning. This would never be the case relating to Eric. However, outstanding professionalism should not be overlooked, hence the following feedback:

One potential buyer reported back to me following the auction that although he had been a last-minute (literally - the auction was starting in less than an hour!), first-time viewer of the property, Eric had not hesitated to take him through all 5-levels of the main house, 2-levels of the separate minor dwelling, and the sizeable multi-levelled garden areas. Throughout the process, Eric's manner had been relaxed, unhurried and meticulous. He felt Eric's first priority had been him, the client. It paid off. That viewer became the successful bidder at auction less than an hour later!

Moreover, for every viewing I always received prior notification and post-viewing reports from Eric. A gesture I highly valued as a mark of his professionalism and ensuring my inclusiveness at every step throughout the entire marketing campaign. My confidence in him was built on demonstrated delivery of performance.

Finally, and this is an invisible but very powerful influencing factor in how I came to respect Eric's professionalism. It was his fierce pride in his association with the Barfoot & Thompson brand. He was never backward at promoting the pinnacle stature of the prestigious company he felt privileged to serve. I believe such sentiments are also evident in the elitist performers within the Apple and Gates corporations. Need I say more!

I realise I have written at some length, but I am a great believer in giving credit where it's due. The clincher of Eric Koh's agent extraordinaire style should be the company's mission statement: 'You are my Number One priority today'. His whole demeanour exudes this message. I got the message!

When we decided to take our home of almost 20 years to the market there was really only one clear option and that was to use Eric Koh.

My wife Lyn and I meet Eric by chance one day about seven months ago while having lunch in Howick, we both felt very comfortable while talking to Eric so when the decision was made to sell we contacted Eric and started the process.

During the initial and all other subsequent discussions we found Eric and his colleague Veronica Lee to be totally professional but in a nice calm relaxed way. Clearly Eric would be the best person to market and sell our home given his very successful profile in our immediate Howick / Botany region.

Eric fully explained to us the auction process and put forward a complete marketing strategy which we fully accepted without a lot of further discussion.

My wife and I didn't really want or need a lot of detailed information following the open homes, we just left it over to Eric & Veronica to get as many qualified potential buyers as possible through the property during the three week period leading up to the auction.

The results were outstanding we had over 120 groups through the property, the last group of about 9 on the evening prior to auction as a special twilight viewing.

The property sold on auction day and set a new record in the immediate area.

Eric & Veronica worked extremely hard on our behalf and obviously did a fantastic job, we would highly recommend them to anyone planning on selling or buying a property.

Eric Koh is an absolutely top class agent. He is professional, acts with integrity and is someone who you can certainly trust. His deep knowledge about real estate is invaluable. He is fun to be with as well.

Eric is an incredibly enthusiastic agent always acting in the best interests of the Client. Would not hesitate to recommend him to friends.

My wife and I selected Eric and his assistant, Victor from across section of salespeople from around the region of Howick. We were initially impressed with their professionalism and the confidence that they imparted to us during their first presentation. We have been in our home for 23 years; they were empathetic to our needs and explained the selling process by auction in detail passing on the confidence that they were able to sell our home. Their professionalism continued throughout the selling process, keeping us fully informed of progress and communicating daily to ensure we were in the loop. They both took great pride in their work, always enthusiastic and always prepared to go the extra mile to ensure that prospective buyers were given every chance to view our property.
Their marketing strategy was second to none, right from the first day of signing up with Barfoot & Thompson, salesperson were quickly informed and groups of prospective buyers were being shown our property. Their focus to detail was rewarded, as were we, when after the first weekend and before the property press advertising there were close to thirty groups who had been through our property.
Both my wife and I have no hesitation in recommending these two agents, they showed integrity throughout the selling process. Their advice was well thought through and communicated in a most professional manner. Eric and Victor worked very hard for us to realise the price that was achieved at auction.
An excellent team and we are most grateful for their efforts in selling our home.

Eric Koh has impressed us yet again with his candid advice and sound knowledge. He is also refreshingly able to take on board what we provide to him.
He and his assistant, Victor really did have to go the extra mile on our recent sale, it was great to be able to have someone we could trust to get things done, even things that were not in their job description.
We recommend Eric whenever someone asks us about an agent in Auckland, and will continue to use him and recommend him. 5 stars.

John and I have had association with Eric since first meeting him at an open home in 1999. Eric is an extremely
committed person, he is without doubt a person who takes pride in his appearance and also his work. Our association with Eric has been very positive, and I would have no hesitation in recommending him to any prospective client. Eric never hesitates to go the extra mile should it be needed and I can say without doubt he is completely trustworthy and has great integrity. Eric Koh is a credit to his profession and the company he represents. Thank you Eric for always understanding how stressful the situation is when selling your home, your kindness is always appreciated.

Eric has a wealth of knowledge when it comes to real estate. Eric puts you at ease with the process and welcomes questions at all stages of negotiation. As a vendor, I was very impressed with Eric's professionalism throughout the selling process. I would not hesitate to contact Eric for any real estate advice in the future. Thank-you Eric on a job well done.