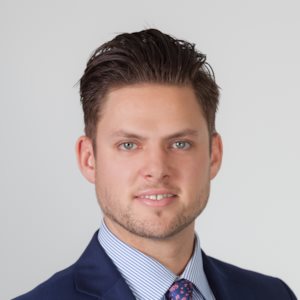 Nick was wonderful to work with when we reached out in need of a bigger office. We are a business that was born out of t...

Nick was wonderful to work with when we reached out in need of a bigger office. We are a business that was born out of the pandemic while in the middle of a Lockdown. Adhering to strict government restrictions, we managed to find the right space for us. Nick worked hard to put together a deal that would work for us. It was not a simple case of signing on the dotted line, but with his sleeves rolled up he made it happen.

We are thoroughly enjoying the views from our new space in Takapuna and we will certainly call on Nick again when we outgrow this one. Thanks for all your hard work and dedication making the deal happen for us.

Hi Nick
I thought I would take a moment to thank you and Ben for the excellent service that you both provided in the recent sale of my buildings in Whangaparaoa. As I mentioned it pays to advertise. I had been getting emails from you for over five years and often looked at what you had to offer and the comments other people had made about you guys. So when we wanted to sell it was an obvious choice for me. I can honestly say, both you Nick and Ben have made this process so easy. With your advice we managed to get a figure in excess of what we were thinking which has been fantastic. I wish you guys all the best in the future and I am happy to recommend your services to anyone who is looking to sell or buy. Very professional.
Kind Regards

‘Young Nick’, not the one who discovered Aotearoa 6 October 1769, but the one that knows more about commercial property in Takapuna than anyone else that I know. The one who recently demonstrated the gold standard of professionalism, when he stepped up and extracted us from a very difficult situation. Had he been an Olympic athlete, he’d be wearing a gold medal. His ability to identify the issue, come to terms with the facts and strategically plan a solution, cannot be understated. Set him a challenge, as difficult as it might be and he’s up to it. All of this bundled with energy, competence, serious work ethic, enthusiasm, self-confidence and a huge smile. This young Nick might not have eyes for Poverty Bay, but he’s certainly knows what’s happening in Takapuna and he will go a long way in his chosen profession.

Thanks Nick – you did great work.

"Robert and myself refer to you both as "The Boys" and you have both been so lovely to work with. Your attention to detail on the marketing and the reporting back along with lots of enthusiasm, especially taking the huge gamble to push up the tender price to $7.4. It takes a special quality to be able to back yourselves under intense pressure. We appreciate the months of hard ground work and especially the successful outcome. A big congratulations to you both and I wish you continued success in your careers.

"Nick proved to be very proactive and without hesitation grappled with the 'not easy property to sell'. It was a bit of a challenge I think and I understand that he managed to later get a lease going for the new buyer-so everybody won! I should add that not only did he sell and re-lease the unit but also managed to get a very good long term lease on a second unit in the block we had bought vacant through another agency - with assurances of obtaining a good lease. Despite the strong assurances given for leasing both units (both had ended up with short, virtually pop-up leases) no long-term leases were obtained, or as was evident, after an initial burst, little effort was made to secure them. (It was at this point that I contacted Nick).

I should emphasise that Nick demonstrated a degree of sophistication and integrity in the manner which they both worked closely with me; keeping me in the picture with progress of the sale/leasing etc. All relevant info was emailed through, and still, with current matters, he has ''gone the extra mile''-and in a manner/style that really you might expect to be more in line with an agent of very long experience! So his ''modus operandi'' has proved to be consistent with regular feedback to keep up with the play. Most importantly, as a matter of essential integrity in real estate, Nick manages to astutely walk the fine line between how he deals with a client, as the agent for the buyer, on the one hand when the client is purchasing a property, as against dealing with say the same client when he is now selling on their behalf.

I should point out that I have been involved, intermittently, over a long period in real estate, both in my early days as a developer and later as a moderate investor in initially residential properties and later commercial ones. Hence I have had a bit of experience in dealing with quite a few agents over time, and hopefully have some qualification to judge who is a good operator and who is not.

Nick is a young man with a very outgoing, open, bright personality which instils confidence in his all-round approach, and I feel sure that Nick, will go a long way in this business if he keeps operating in the manner which he's demonstrated to date."

"Our recent property sale generated approximately 100 enquiries and 50 site visits over a four week period, and resulted in multiple offers being received. Nick Brown and Max Andrews dealt with the rush and the barrage of questions in a calm and capable manner. They are young, well educated, and keen and they have done a great job for us.
I thought they were well prepared and efficient during the run up to the campaign, and managed the negotiations successfully at the end. Overall it was an excellent effort, and I have no hesitation in recommending them."

I wish to express my satisfaction with the services provided by Nick Brown. I have 3 commercial properties that he has leased successfully in the last year, when other real estate agents were unable to. Nick works hard and simply doesn't give up until he gets a result for his clients. He is always cheerful ,professional and courteous when you work with him. Comparatively speaking I find Nick to be outstanding.

We would like to thank you again for the terrific job you did in obtaining suitable tenants for our Takapuna Property. We very much appreciated your professional approach to everything and the speed and enthusiasm with which you carried it out. You were a pleasure to deal with.

"Whilst searching for a suitable commercial rental property for our massage therapy studio, we identified a great prospect on Hurstmere Road of which Nick was the agent. During the course of a month of consideration, we found Nick to be very helpful, upbeat, prompt and accessible. He fitted himself into our timetable and worked hard to help us obtain a satisfactory lease agreement. When we required a car-parking space, he was able to track down one we could rent close by, which has been very convenient. We are pleased with how things worked out, and even many months later Nick often drops by to follow up on how things are going and say hello.We would be happy to deal with him again."

"Recently, we gave a general lease listing to Barfoot for a premises that we own in Hurstmere Rd, Takapuna.
Nick Brown successfully leased the premises for us and I have pleasure in recommending him to any owners wishing to lease premises.
Nick made an effort (whereas other agents do not appear to have done so!!!) to prepare an information memorandum and brochure for distribution to potential tenants. This was ultimately successful in leasing the premises.
At all times Nick was professional and pleasant to deal with - nothing was too much trouble."

"Nick is a Commercial Real Estate professional who knows his market and offers his clients and customers excellent customer service. Highly recommended."